(Or…why accountability really is what it’s all about)

I’m not going to lie. This week was pretty heartbreaking.

Was it because Walking Dead fans had to relive the deaths of Tyreese and Beth? Nope. As long as Michonne lives, that’s all that really matters. Was it because Kanye West didn’t actually speak into the microphone when he (again) stormed the stage following a Beyoncé loss? Decidedly not. I could go many years without more words of wisdom from Kanye and be just fine, thanks. Was it because friends in New England were again looking at being buried in more of winter’s fury? Well, admittedly, I’m feeling a lot of sympathy there, but no. I’m an Iowan. Weather is a constant, but it never breaks us. Am I heartbroken over more naysayers on childhood immunizations? Oh, I’ve got a lot of frustration and anger, but no heartbreak.

No, my heartbreak comes from the loss of two influential voices in journalism. One of them calls himself a journalist but may have temporarily or occasionally forgotten the journalists’ code: SPJ’s edict to ‘Seek the Truth and Report It.” The other would never call himself a journalist, but did more to raise awareness of political and social issues as a satirist than most journalists.

My heart cracked initially when NBC Nightly News anchor Brian Williams was suspended because he ‘misremembered’ an experience he hearkened to several times over the past dozen years. He apparently was not in a Chinook helicopter that was shot down in Iraq, though he has claimed several times that he was. And in the wake of that revelation, new questions have arisen about the veracity of other reports, specifically during Hurricane Katrina and its aftermath.

But my heart officially shattered when Jon Stewart, perhaps this generation’s greatest political and social satirist, announced his departure from The Daily Show. The Comedy Central anchor show is—for better or worse—the means by which so many of my students actually learn about what’s going on in the world.

First, let me address the Williams loss. Network anchors are journalists. Journalists are bound by the SPJ Code of Ethics. They need to know it, practice it, and call out those who violate its tenets. Those news outlets that have questioned and pursued the truth of this case are right to do so. NBC had no choice but to suspend Williams if there is even a small question of his credibility.

Because, in the end, it is credibility that’s at the heart of journalism. The nightly news anchor has long been seen as the face of the network. It’s Peter Jennings’s voice and face I will always associate with some of the most important stories of my adult life: the Space Shuttle Challenger disaster; the 9/11 terrorist attacks, the Bosnian war. I lived those experiences with Peter Jennings in my living room. And I am no different from millions of Americans. People come to associate lived and shared social experience with the person or people who deliver the news of that experience.

Unrealistic as it may be, we tend to hold those media leaders to a higher standard than everyone else, because they are a constant and because we feel we know them. Williams, as not only anchor but also Managing Editor of NBC Nightly News, represented the network and the field at its highest level. I’m no psychologist; thus, I won’t try to address the faulty memory claim. It may well be true that he’s misremembered. The brain can be a funny thing. But when journalists become the news, and when memes and hashtags poking fun at journalistic integrity flood social media, the field is irreparably damaged.

"I invented nachos." #TopTen Other Things #BrianWilliams Said That May or May Not Be True -> http://t.co/MyvNKdsNby pic.twitter.com/qAEWLh7Mw1

"I narrowly escaped the Titanic. It was cold. And I remember thinking, 'holy crap.'" #BrianWilliamsMisremembers pic.twitter.com/cp2SAK452N

And then it shattered when coming on the heels of the Williams disappointment, Jon Stewart announced his departure at the end of the year from Comedy Central’s The Daily Show. Why am I including this comedian, who has long maintained “I don’t want to be a journalist; I am not a journalist” in with my lament for the field of journalism this week?

Again, it comes back to accountability. While Jon Stewart and his team at The Daily Show may not be journalists, per se, what they do for the field on a regular—indeed unrelenting—basis is hold the field of journalism (and yes, politicians, educators, and…OK, people in general) accountable for their public statements and actions. All. The. Time. And this is precisely what we should all be doing in the field every day. But we don’t. So we need the Jon Stewarts and Stephen Colberts out there to challenge us to rethink the very nature of truth, what we believe, and why we believe it.

Americans love entertainment and gravitate to it over straight information consistently. Why read about the complicated political machinations of Ukraine and pro-Russian rebels when we can watch Entertainment Tonight and hear Seth Myers nominate Russian President Vladimir Putin to the ALS ice bucket challenge? We just have to think less on the latter story, and in this information age in which we are bombarded by so much information, sometimes folks need to take it with a spoonful of sugar. Or so my students frequently tell me.

So while Jon Stewart’s riffs on news and news reporting are never delivered with even a modicum of sugar, there’s something to be said for getting people to pay attention to issues even while they’re laughing. Stewart’s dedication to political and social satire is a journalistic service, something that goes beyond entertainment. He has challenged the field of journalism to be accountable, and when it’s not, he’s called offenders out.

If the Brian Williamses of journalism are inevitable, we need the Jon Stewarts to hold up the mirror and answer the question, ‘Who’s the least ethical of all?’ Satire, when it’s done as well as it has been by The Daily Show, is the counter force when the reality of our human limits gets too weighty.

Are they both losses? Absolutely. When we lose smart voices in media it’s always a loss. But it’s Stewart’s voice I’m going to miss most because I’m afraid that journalism accountability will require yet more skewering down the line.

Andrea Frantz, Ph.D. is associate professor of digital media at Buena Vista University, Iowa. She was installed as SCJ President at the 2014 Biennial. She’s an advocate of student journalists and the First Amendment. She’ll be blogging periodically about SCJ and other news. 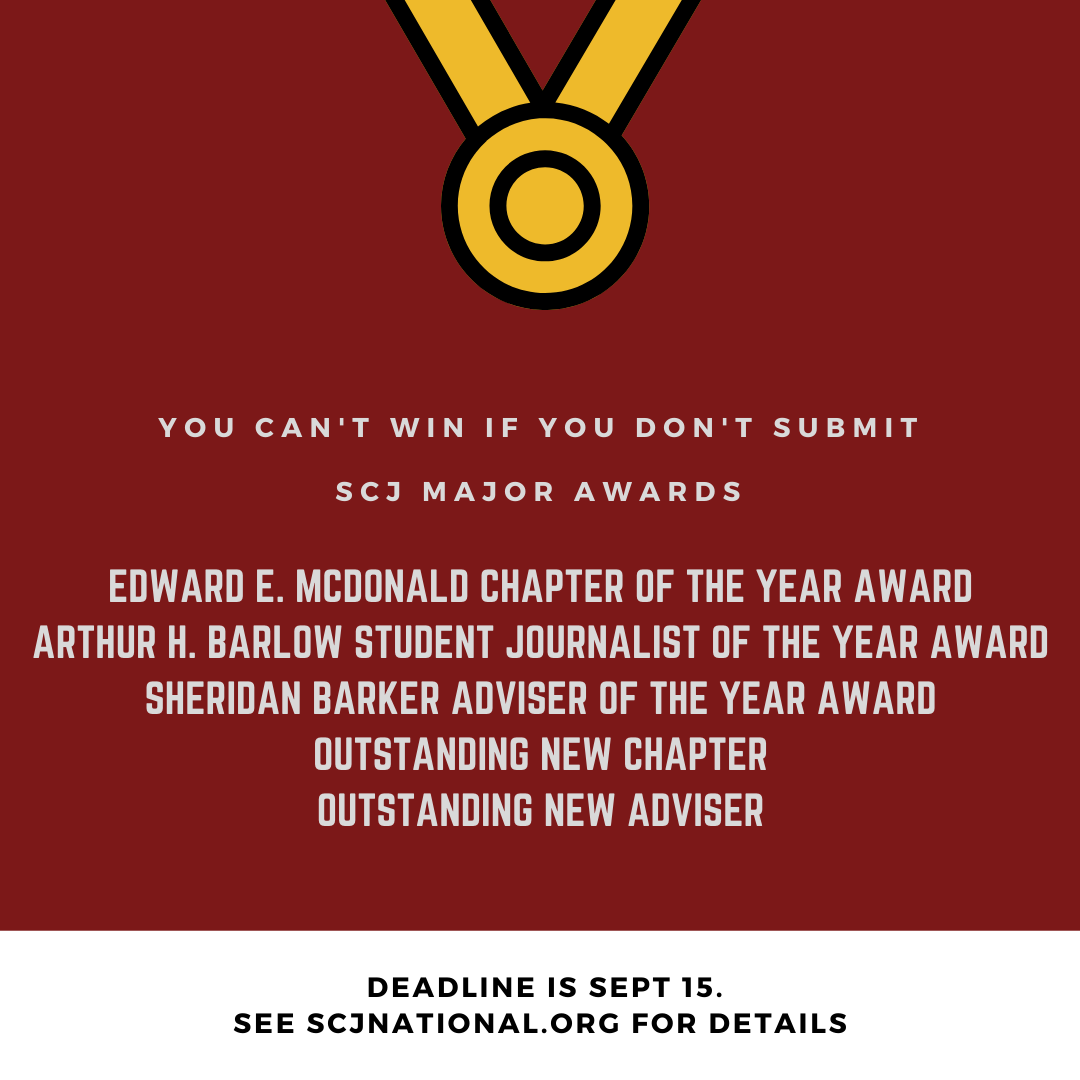 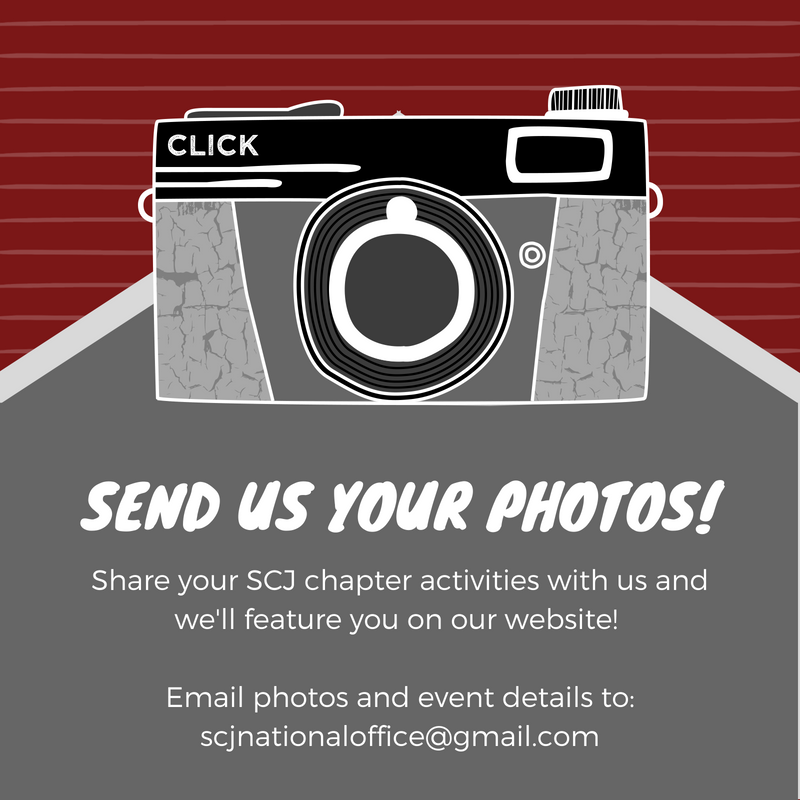 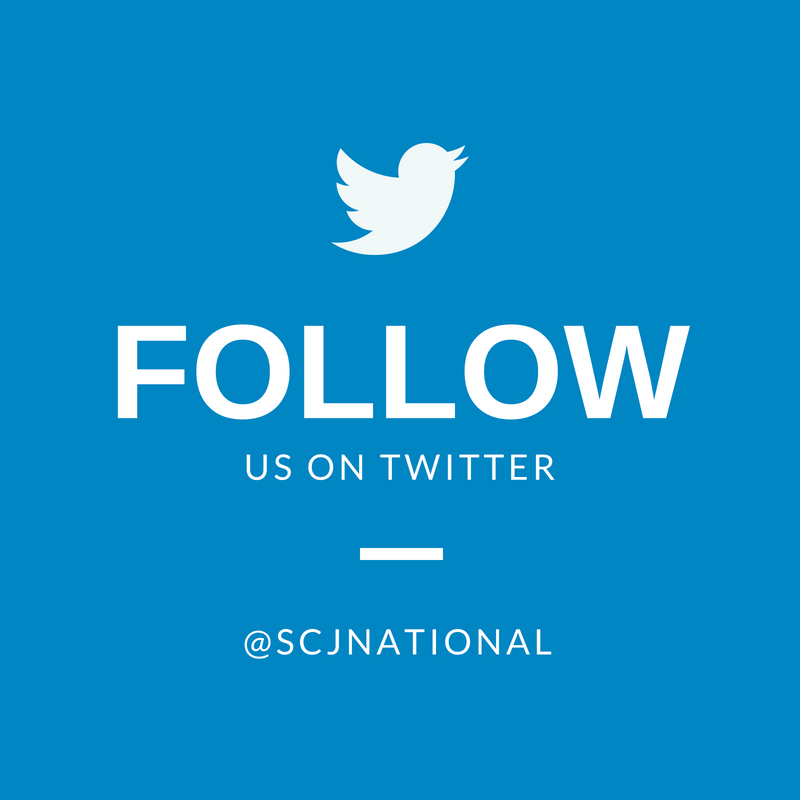